We have a dear old friend coming in from Richmond to stay the night. I'm baking bread and making soup for her. As we get older, taking opportunities to socialize becomes more important, because they are so much rarer. I think that is common for most folks, but it's especially true in a town where the population turns over so often. People move on from here, and social groups break down because of it. You have to keep building new ones, and it gets harder as you age.

I don't want to sound gloomy about this. I do a pretty good job of making new friends. I just miss the days when we all lived on the same block and we were in each others' back pockets all the time. I realize that sounds like a nightmare to most people, but to me it's wonderful. I really belong in a commune. I need many times more contact with people than I get.

But for tonight, I do indeed have company coming, so off to bake bread!

Brain: Hey, you know what would be really terrible?
Me: Yes. Yes I do.

After quite a few attempts, I cannot get my LJ entries to migrate. I don't believe in signs and omens, but it is arguable that I'd be better off starting here with a clean slate and letting go of all of that angsty stuff. Right now, I am typing with a slightly impaired left arm, as I have both kittens leaning heavily against it. We just got a big box of delicious produce delivered (the oranges were still wonderfully cold from being outside) and I had a really good talk with my father from the rehabilitation center. His hip is healing well. I am trying hard to deeply internalize the good. I want to defeat my brain's negativity bias, and make an effort toward wiring those neural pathways for the better. And to that end, I think it's time to meditate.

I'm delighted that there is a small renewal among my friends for use of this platform. I don't imagine this will be the same or even similar to the LJ days, but I am grateful for a more relaxed atmosphere with fewer acquaintances from high school. I feel like the short form style of FB somehow contributes to how contentious and mean it gets over there. I like how an LJ-like environment actually fosters writing, rather than short bursts of rage. And of course Dreamwidth beats Tumblr because, in its own words "We're 100% user-supported, with no advertisers and no venture capitalists to please, and that means we're here for you, not for shady conglomerates that buy up your data and use it in nefarious ways."

I'm going to try to migrate my LJ content now. Wish me luck.

I really should have started an account here a decade ago, but waddaya gonna do. I'm probably not going to post much, but rather just poke around looking for fannish stuff. For the record, I'm trying to dig into meta and pseudo-scholarly stuff about fandom in general.

I was just popping by to check on my friends feed, and I thought, wth, I'll post an entry.

I've started doing pen-and-paper journaling, and this is the closest online equivalent, as far as I'm concerned. Just reading poss hear is so soothing, because people take their time, and use whole words. I really do believe there is a direct correlation between how much I look at FB and how much my mood sucks.

This year is not off to a great start frankly, but I'm not letting it get to me for the most part. At least not yet. I've got upcoming doctors' appointments, and hopefully there won't be any especially bad news from those. As usual, we're trying to make positive changes to improve our health, and our lives in general. Not so usual is that we're being much more thorough about putting in place reinforcements, and back-up plans, and emergency procedures. It can be hard to keep our mood up, but we do our best.

Hope everyone is doing well out there in LJ land.

There was some self-doubt, but I did it! 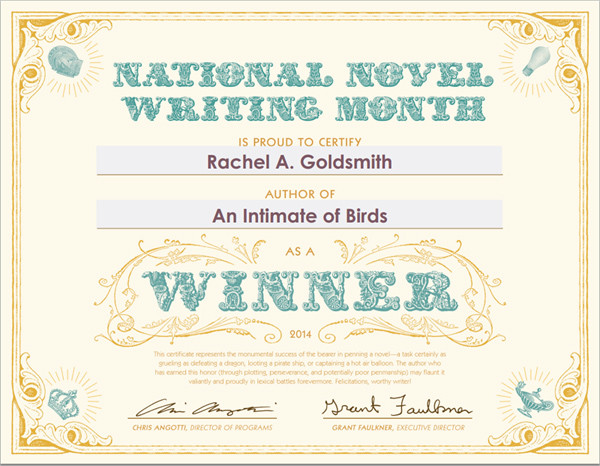 those people I know (and there are some) who think that suicide is the act of a coward... why aren't they sending me messages congratulating me on my courage every day I manage to stay alive?

"There’s a man. Imagine him. He’s leaning on a fence, shirtless and weary. He seems wise near the eyes, but his impatient feet suggest insidiousness. He’s marked with dried mud, and maybe some very deep but quickly-healing cuts – from the tree branches, most likely, or perhaps the birds.

OK, I’m not telling you the whole truth. It was definitely the birds.

Imagine these cuts and scratches, dry and brittle now, but tender to the touch. He is certain he did not offend the birds, but he is uncertain whether his complacency was construed as equal to said offense.

Picture this. Picture the man leaning on the criss-crossing metal wires, waiting. The birds are gone, but other things are coming. He doesn’t know specifically what, but he knows it’ll come for him.

You know this, too, because I have told you.

The man says nothing.

Do you catch my meaning? Can you imagine the scene I am explaining?

How much of the world makes sense to you?

What does it mean to be a hero? To be a human?

The man thinks about his heart. It beats. It beats normally. Earlier, it did not beat normally.

Think about your own heart. Is it beating normally?

Listen. I’ll give you a long moment.

How is your heart?

Do you catch my meaning?

I’ve been over this before, but it bears repeating, because I see this meme absolutely everywhere. The notion that a person is capable of choosing how to feel. That one can just make the decision to be happy and, ta-da, it will magically be so. It makes some people feel better to say things like this, because it gives them a sense of having control over things… or a sense that they needn’t feel any remorse for the unkind things they do because “no one has the power to hurt you unless you let them.” What it is, actually, is a bunch of blatant victim blaming people pull out when they become uncomfortable with the suffering of others, and want it to just go away and stop bothering them. Human emotions are exceedingly complex, based on environment, stimulus, and above all, neurochemistry, which is a science the surface of which we have barely scratched. I will allow that there are sometimes choice points between a painful stimulus, and our reaction where (if we are fortunate enough to be in a healthy state of mind) we might be able to do damage control, and lessen the pain we will feel as a result. This is some major mind kung fu (call it Cognitive Behavior Therapy, or Rational-Emotive or whatever) that is certainly valuable stuff, but it’s hard as hell to get good at. In the meantime, the terrible depression I am suffering is NOT a FUCKING CHOICE I have made, thank you very much. I do every single damn thing they tell you to do to make it better. I fight it tooth and nail every day. Every time I hear someone say “well, it’s really up to you to decide to feel better” it makes me want to step in front of a bus. Whether you want to admit it or not, words have power, and as humans, we have an obligation to be mindful of what we say to each other.

And for the record, given the hard-wired drives, fears, and desires that our human condition mandates (and also given how predictable and universal so much human behavior seems, if you observe it across time and cultures) I am not even sure how much individual agency we really have in anything we do. I’m not saying that we never make choices, I just think that any given choice before us is drastically limited by countless circumstances that we are mostly not even fully aware of due to our very limited perspective.
Collapse